Are you looking for facts about Italy? Then you’ve come to the right place! Here are 25 Interesting Italy Facts, and further down you can also read some more general facts about Italy that might be good to know!

To make this even more fun, I want to challenge you. How many of these Italy facts did you already know before reading this? Share your result in the comment section! Or why not challenge some Italian friends?

1. In central Italy, there is a fountain that flows red wine 24-hours a day 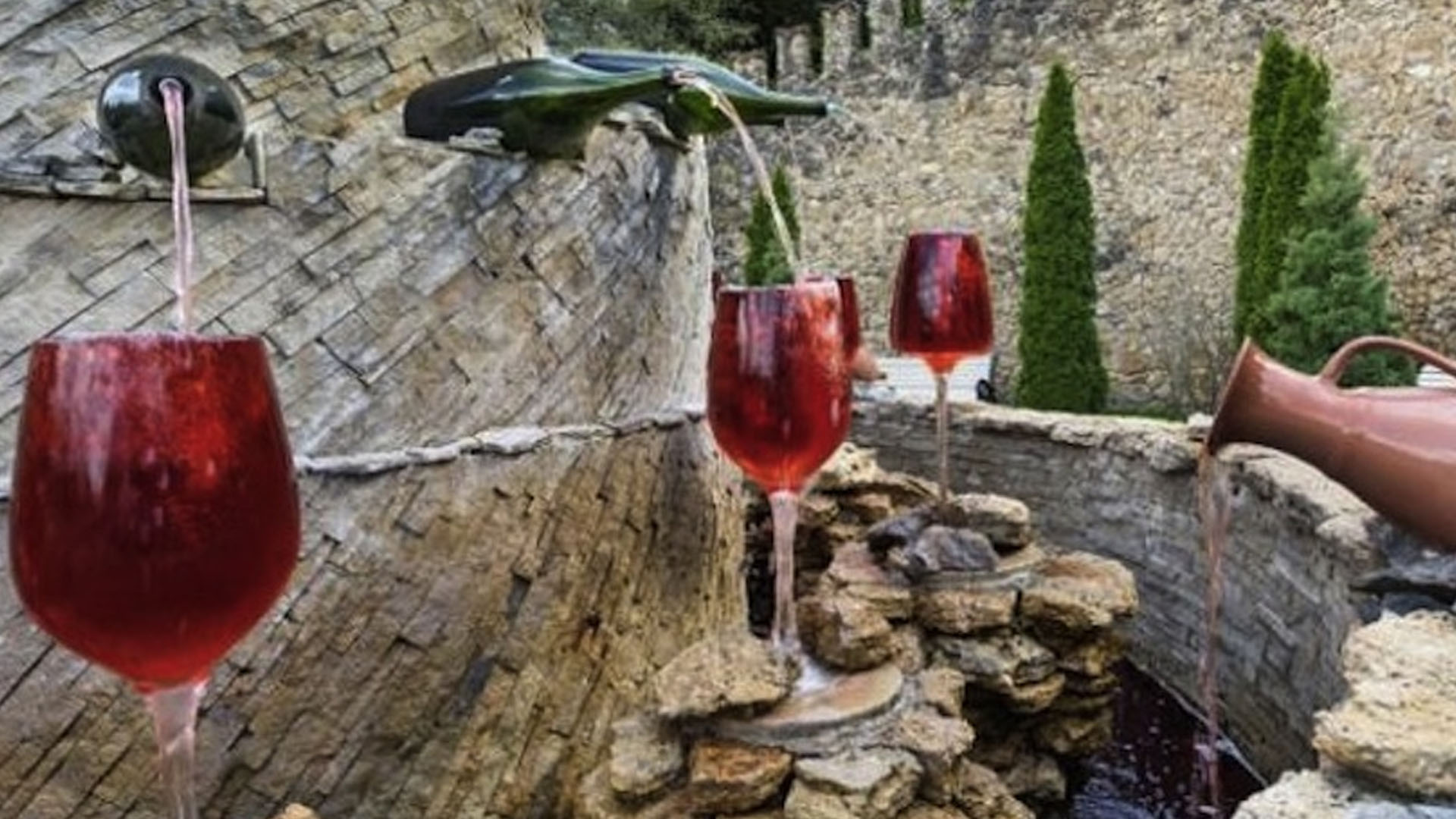 If you’re a wine lover like me, you will be happy to hear that there’s a free 24/7 fountain with red wine in Central Italy! The fountain can be found in Caldari di Ortona. Anybody can drink from the wine fountain, but it is primarily to quench the thirst of those taking the Camino di San Tommaso pilgrimage.

Not a bad reward after a long hike!

2. The Italian cuisine is spread worldwide

Some even go as far as saying that Italians taught the rest of us in Europe to cook food, and I guess in some ways it’s true. Italian food is widespread across the world, but even more so in Europe and the United States.

3. Home to one of the oldest universities in the world

Education has also been a central part of the Italian culture and society. And they can pride themselves on being home to one of the oldest universities in the world. The University of Bologna was founded somewhere around the year 1000 and is still a highly regarded university thousand years later.

Not many countries can pride themselves on having snowcapped alps, beautiful lakes, sunny beaches, lush vineyards, mountains, islands, and a fantastic coastline. One of my favorite places is Lago di Braies, which is a picturesque lake in the Dolomites region.

Italy has something for everyone, and just in a couple of days driving around the country, one can experience lots of different sceneries.

5. Italy is the fifth most populous country in Europe

With almost 61 million inhabitants in total, Italy comes in at fifth place in terms of population in Europe. However, when it comes to Land Area, it’s only the 10th biggest country in Europe.

6. More than 30% of Italians don’t use the internet

Of course, this is mostly true for the older generations, and it’s a phenomenon that can be seen in various countries, but more than 30% is quite remarkable in the age of the digital era. A study in 2017, showed that up to 40% didn’t use the internet.

However, for the ages between 14-34, more than 92% stated that they use the internet daily.

7. Italy has the highest number of UNESCO World Heritage sites

No less than 50 UNESCO World Heritage sites are waiting to be explored and admired within Italy’s borders.

Colosseum might be one of the most classic ones, but some other notable ones include Duomo di Milano, Historic Center of Florence, the Leaning Tower of Pisa, Pompei, City of Verona, Venice and the Dolomites just to mention a few.

A lot of households in Italy are fairly traditional, with the woman doing most of the housework. A study showed that Italian women do 21 hours more per week than men when it comes to house chores.

There’s a positive trend though, and just as in many other countries, gender equality becomes a more important matter.

9. Many Italian brands are famous worldwide

These are all Italian brands that are widely available around the world.

10. The Largest producer of Wine

The #1 position continues to change between Italy and Spain depending on the harvest and weather. But one thing is sure, there is no shortage of wine in Italy, and it comes in several varieties and price ranges.

11. Milano is one of the Fashion capitals of the world

Some even claim that Milano is THE fashion capital of the world, but with competition from London, New York, and Tokyo and others, I think it’s better to say that it’s absolutely one of the Fashion capitals of the world.

And Milan’s importance in the fashion industry is unquestionable. Italians are pretty much known for having style and great clothes in general, and from my own experience, I will say it’s true in many cases.

Today it might be hard to believe that tomatoes aren’t originally from Italy, but in fact, it wasn’t until the Columbian Exchange that tomatoes found their way here. There’s something special about the sun-kissed Italian tomatoes, though.

I have never tried better tomatoes than the ones in Italy, I could even eat them as snacks. However, The biggest producer of tomatoes is China by far with about 44% of the total produce. With beautiful places such as Cinque Terre and the Amalfi Coast as well as the historic cities, it should come as no surprise that this country attracts millions of visitors each year.

14. Number 17 is considered unlucky in Italy

This is also why some of the hotels in the country do not have a 17th floor. Number 13 isn’t really considered to be unlucky, unless you sit 13 people together at the dinner table, in reference to the “The Last Supper”.

15. Italians eat pasta only with a fork, and no spoon

In many countries, including Sweden, it’s common to eat Pasta with a fork and a spoon. Normally, you kind of twirl the pasta in the spoon in order to shape it around the fork. This is not something you will see in Italian homes or among locals in restaurants – they eat their pasta only with a fork.

The fork was actually introduced in Italy first, way before other places in Europe, and the reason for this was in order to make it easier for Italians to eat their beloved Pasta. One of the many interesting facts about Italy!

Random facts about Italy and the Italians